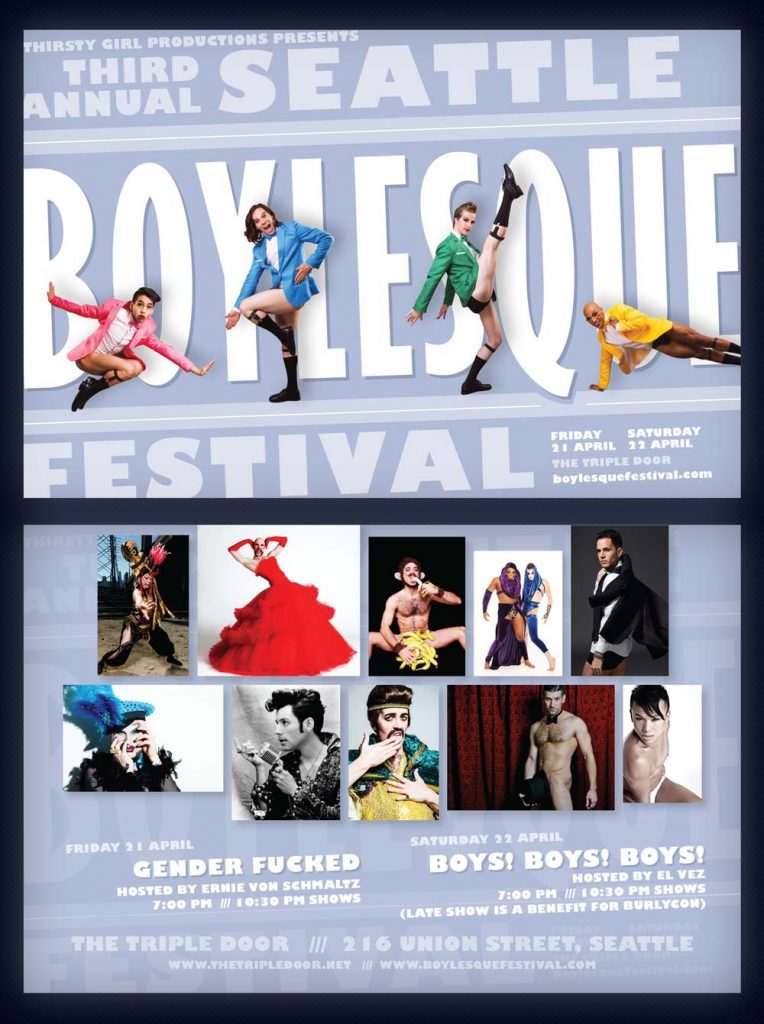 The 3rd Annual Seattle Boylesque Festival is proud to present a BurlyCon Benefit at their Saturday night 10pm show. This late show will help BurlyConX be the biggest educational burlesque bash yet! Buy your tickets for the entire event HERE.

With more than 30 performers from Japan, New York, LA, Seattle, Portland, Las Vegas and Canada, this year’s two-day extravaganza promises to be the sexiest weekend of 2017.

Get your tickets today!

Calling all graphic designers! BurlyCon is looking to expand our steering committee by adding a graphic designer to our team! We're looking for someone to work with the BurlyCon color palette in creating original graphic designs for various projects during the year. Wordpress experience a plus but not required! To apply please send your resume and cover letter to: dir (at) burlycon (dot) org#BurlyCon2021 #BurlyPod #performer #dancer #cabaret #burlylife #burlylifestyle ... See MoreSee Less

A very happy birthday to the incredible Toni Elling! Miss Toni was the very first Legend I ever met, back in 2006 when the The Burlesque Hall of Fame moved to Vegas. I admit to being initially awestruck, but she set me at ease with her gentle kindness. She continues to inspire me with her grace, her charm, and her talent. Photo taken at the first BurlyCon but I can't remember by whom ... See MoreSee Less

#BurlyConPeerReview Applications are now open! Our next #BurlyCon Peer Review will be on Friday, July 16 2021, 6:00-8:00 pm PST via Zoom.This is a great opportunity to receive helpful feedback on your act from our expert panelists and an audience of your peers. You can submit a pre-recorded video for review or perform live on Zoom.Get your application in by Tuesday, June 1: http://ow.ly/me2k50EyjHh#BurlyCon2021 #BurlyPod #performer #dancer #cabaret #burlylife #burlylifestyle ... See MoreSee Less

Did you love BurlyCon Spring BurlyPod? We're delighted to spotlight the folx behind it. Our team features familiar and fresh faces, and new programs that we will be developing over the next year. So join us in saying thanks to Presenter Liaison Betsy Bottom Dollar#BurlyCon2021 #BurlyPod #performer #dancer #cabaret #burlylife #burlylifestyle ... See MoreSee Less