“Women in the Changing World of Work: Planet 50-50 by 2030” is the theme for the 2017 International Women’s Day (IWD) which falls on March 8th. While the first National Woman’s Day was observed in the United States on February 28 in honor of the “1908 garment workers’ strike in New York, where women protested against working conditions” the first International Women’s Day was observed in 1911.
The UN marks it as a “a time to reflect on progress made, to call for change and to celebrate acts of courage and determination by ordinary women who have played an extraordinary role in the history of their countries and communities.” The theme each year changes and reflects different gender issues that are considered on a global scale.
The theme for this year addresses accelerating the progress towards equality. As the dynamics of the working environment change recognizing the need to ensure women’s economic empowerment as important to the overall empowerment, freedom, and autonomy of women around the world has taken center stage.
Despite the fact that the first National Woman’s Day was celebrated in the US, today the occasion is marked with little or no fanfare. Is this true in other countries? How is International Women’s Day regarded in other places? In this article we’ve collected stories from burlesque performers in Europe and Canada who have written in about their experiences with International Women’s Day and/or how it is viewed in their countries. The responses received were varied and I’ve included every email that landed in my inbox on the topic.
Most of the performers who responded speak English as a second language and asked that any grammatical mistakes in their stories be corrected. Instead, their stories have been left intact with only adjustments being made to spelling errors. 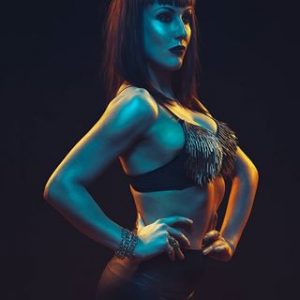 “I’m very happy to represent my own story about the International Women’s Day celebration in Belarus and Germany. I’m originally Belarusian girl, living since 7 years in Germany. People from those countries celebrating Woman’s Day totally different. And me, I’ve got my own way to celebrate this day.

In Belarus: Honestly, 8 March widely celebrated only in Russian-speaking countries. In the Ukraine, Russia, Belarus, International Women’s Day has an official status and is considered to be a day off. On
this day it’s all about to please women, to give them flowers and gifts, cook for them and so on. It’s very important to congratulate mothers and grandmothers. Mimosa flower is one traditional present for woman on this day.

In Germany: In this country, 8 March is not a day off. Most of Germans don’t even know about 8th of March. In Germany they celebrate Mother’s Day in May. So in May mother getting flowers and present and about to be free from the homework and household.

Me as Belarusian immigrant in Germany: Well me, I don’t forget this day! I congratulate my mom, my Russian girlfriends and go to celebrate this day with them. So there are few different activities we do: Brunch, Spa, Shopping… We drink sparkle wine all day long (Starting from breakfast) and having fun with each other.” – Elena La Gatta, Belarus 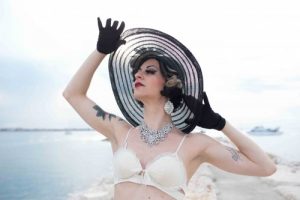 “On the “women’s day” in Italy, women are used to hangout together in the evening. Sometimes is about a dinner and disco. Sometimes is a dinner + striptease show. Sometimes it is just a dinner… as you can see Italians like to eat 😉 Depending on the age the options to spend a night out can be different, but the aim is all the same: hangout with some friends, so you will see little crowds of women all over the town spending that night together.
In Italy you will also notice that on that day everyone will sell or buy “Mimosa” flower. It is a big tradition, so it can happen to receive mimosa also at work from colleagues or even the boss. You will see flower shops full of mimosas and also people next to the traffic lights selling mimosas to the drivers ( this is really useful for those men who didn’t remember or didn’t have time to buy in a shop!).
A lot of people in Italy now do not remember the real aim of this festivity and it is more about business unfortunately. In 1944 women into the politics in Italy created the UDI, Unione Donne in Italia, and they decided to create this celebration in the 8 March 1945, the very first women’s day in those areas of Italy who were already free . When the Second World War was finally over in 1946, the 8 March was a festivity in the whole Country.” –Freaky Candy, Italy 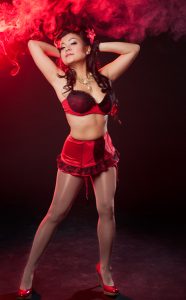 “Canada followed the United Nation’s lead and chose March 8 as International Women’s Day. It’s a day to recognize women’s achievements & acknowledge the challenges they continue to face in the quest for gender equality.

From the gender bias pricing in the marketplace, to women not being given equal pay for the same work men do, as well women being seen as lower class citizens in parts of the world; we are still fighting for gender equality here and abroad, many are the same struggles that women have been fighting for, for ages.

Other countries celebrate I.W.D. as another version of Mother’s Day through gestures like offering flowers & small presents to women in their life. Some countries the day is an opportunity to organize big celebrations like women marches, concert performances, festivals, fun runs & awards.
In Canada, the bigger cities such as Calgary, Toronto & Vancouver, organize small conventions wherein diverse communities are initiated. You can learn about I.W.D. events happening in your city through internationalwomensday.com. There are also online conversations about I.W.D. where peers through Facebook can talk & share articles about and in relation to women’s equality, opinions & quotes to spread awareness of I.W.D. #EqualityMatters, on Twitter, is one of the many social media campaigns out there one can look into. Let’s keep the dialogue going.” – Pocket Venus, Vancouver, BC, Canada 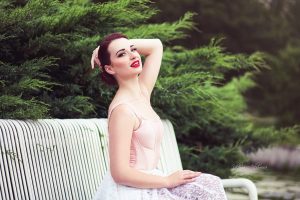 “I think Women’s day in Slovakia is not as much celebrated as in other countries. In the past, the characteristic element of the celebration were speeches by officials and then handing out flowers. Every woman received a clove pink and sweets. This model also survived until today, but in the current Slovak society is regarded as a kind of a relic of communism. Although, men are trying to not forget and have flowers for their ladies 🙂
My grandpa never forget about it and always has the favorite kind of a sweet and a rose for every woman in our family. For me, this day is more than just flowers. This day was established on the basis of its historical importance in the fight for women’s rights, this day should balance the previous periods, points out that there are still countries where women do not even have basic rights and propose solutions on improving women’s status.” Catrice Cat, Slovakia 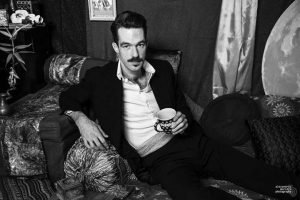 ‘Here in Belgium, there’s not a big march or ralliment to celebrate the Women’s Day. But this is mentioned on (the) medias and they vaguely make the point on what is still different between the men and the women. I read that the the theme for 2017 will be about jobs:« Objectif 50-50 for 2030 ».
Of course, some feminist group or Women association does march or movement (I had a flyers a few years ago but I think it was really downtown Brussels).’ – Mortimer Moonbender, Belgium 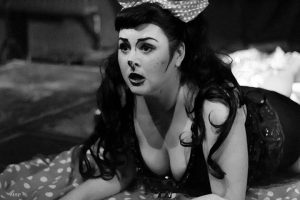 “In Scotland there isn’t much awareness of International Women’s Day but it is growing! There are some small events and 1 or 2 larger events but the general population doesn’t know much about it. We’ve had some pretty incredible women in Scotland going back to the days before Flora MacDonald was around, I use her as a reference because “Outlander” is pretty huge all over the world now, there was women like Lady Christina Bruce who was Robert the Bruce’s sister and played a vital, yet not as well recorded, role in the Scottish wars of Independence, in fact many women took up defending castles and protecting people when there husbands, fathers and brothers had all been captured. Right now, agree with her or not, our First Minster is a women and she’s an absolute powerhouse! Scottish women by nature are all pretty strong women, I have no doubt that over the coming years the celebrations will grow as women like myself choose to celebrate!” – Roxy Stardust, Scotland 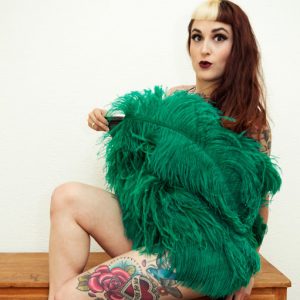 “The first International Women’s Day in Switzerland was celebrated in 1911. On this day women protested for equal rights and the right for women to vote.
Today almost nobody remembers this holiday in Switzerland: Only non-profit organisations (like UNIA) and trade unions still care. This year they will protest on the streets under the title ‘We Can’t Keep Quiet‘ and fight for the end of sexual harassment & violence against women, social safety, fair wages, compatibility of work & family just as self-determination.
I will not be walking the streets because for me, every day is Women’s Day and I fight for our rights whenever I have to. I don’t need a certain date to remember that we should all support each other. Just think about why you are here today, why you are allowed to wear what you want, to work and to live your sexuality : Thanks to a whole bunch of ‘female warriors’ who fought everyday!
So Ladies let’s show gratitude every darn day of our lives! We are free! Wishing all of my fellow ladies a beautiful 8th of March and hope you can continue to fight, celebrate and stay who you are WITH each other. Don’t let anyone put you down, you are worth so much more!” –Suzanna Tease, Switzerland

BurlyCon is proud to celebrate this day with women from all over the world and we cannot wait to celebrate the strength and diversity of women in person in November. Thank you Vixen Valentine for writing this article for us and thank you to everyone that contributed. How will you be celebrating? Let us know on our social media accounts and share your photos including the tag #BurlyConX!

Calling all graphic designers! BurlyCon is looking to expand our steering committee by adding a graphic designer to our team! We're looking for someone to work with the BurlyCon color palette in creating original graphic designs for various projects during the year. Wordpress experience a plus but not required! To apply please send your resume and cover letter to: dir (at) burlycon (dot) org#BurlyCon2021 #BurlyPod #performer #dancer #cabaret #burlylife #burlylifestyle ... See MoreSee Less

A very happy birthday to the incredible Toni Elling! Miss Toni was the very first Legend I ever met, back in 2006 when the The Burlesque Hall of Fame moved to Vegas. I admit to being initially awestruck, but she set me at ease with her gentle kindness. She continues to inspire me with her grace, her charm, and her talent. Photo taken at the first BurlyCon but I can't remember by whom ... See MoreSee Less

#BurlyConPeerReview Applications are now open! Our next #BurlyCon Peer Review will be on Friday, July 16 2021, 6:00-8:00 pm PST via Zoom.This is a great opportunity to receive helpful feedback on your act from our expert panelists and an audience of your peers. You can submit a pre-recorded video for review or perform live on Zoom.Get your application in by Tuesday, June 1: http://ow.ly/me2k50EyjHh#BurlyCon2021 #BurlyPod #performer #dancer #cabaret #burlylife #burlylifestyle ... See MoreSee Less

Did you love BurlyCon Spring BurlyPod? We're delighted to spotlight the folx behind it. Our team features familiar and fresh faces, and new programs that we will be developing over the next year. So join us in saying thanks to Presenter Liaison Betsy Bottom Dollar#BurlyCon2021 #BurlyPod #performer #dancer #cabaret #burlylife #burlylifestyle ... See MoreSee Less